You Are Here: Home → ‘What We Do In The Shadows’ is even better as a TV series 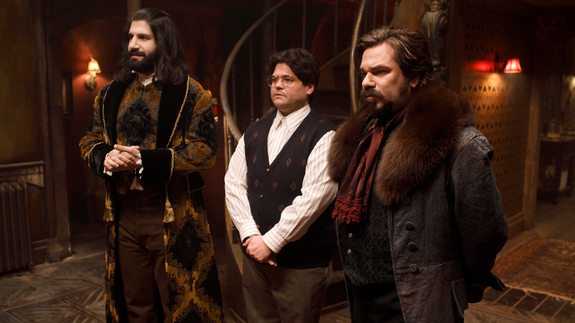 The following review is spoiler-free! Proceed with reckless abandon.

Grab your pitchforks and torches: What We Do In The Shadows just might be better as a series.

It’s blasphemy, I know. Jemaine Clement and Taika Waititi’s 2014 film is the gold standard for vampire comedy and a standout in any spooky streaming collection worth its salt.

But FX’s expansion on the original’s darkly hilarious premise takes what was already great and makes it bloody brilliant.

Clement and Waititi serve as executive producers on the series and their pitch-perfect tone can be felt throughout. Rather than pushing the comedic limitations of the movie to meet the demands of a series, the creative pair has deftly reimagined the Shadows universe as a bigger, badder, more binge-worthy horror comedy. Read more…