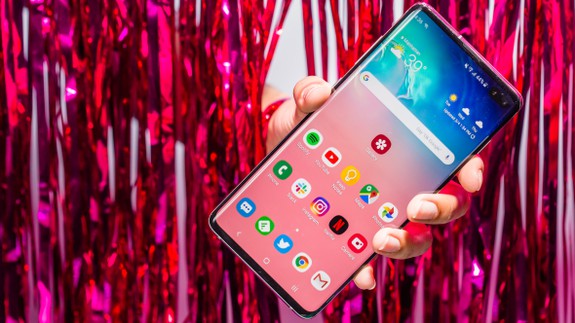 The phone’s large, notch-free display is a visual treat on the eyes. Samsung’s One UI customization of Android 9 Pie is clean, fast, and responsive — exactly the way software should be. The Galaxy S10+ powers through up to two days on a single charge. The cheapest model has twice as much storage as the least expensive versions of Apple’s latest iPhones. There’s a new third camera on the backside and a second one on the front. Read more…