You Are Here: Home → 'Pet Sematary' uses your very adult fears for its chilling, childish horror 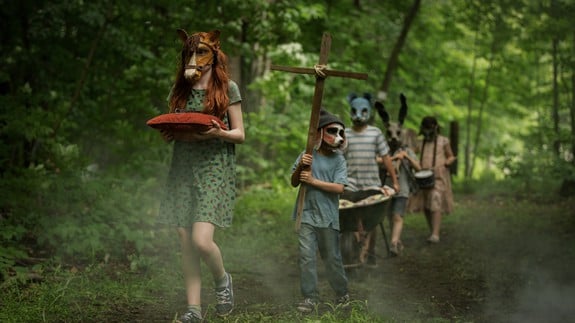 Warning: Mild spoilers for the remake of Pet Sematary (all of which have already been included in the film’s trailer) lie ahead.

Stephen King’s savagely scary Pet Sematary has returned to the big screen — and to say this resurrection feels like a haunting we just can’t shake would be a hellish understatement.

The premise of this remake, directed by Kevin Kölsch and Dennis Widmyer, is well known to readers and moviegoers with an affinity for its previous iterations. The story of the Creed family and their rapid unraveling first appeared in King’s original 1983 novel and was later adapted for King’s 1989 film of the same name. Both remain key staples in most horror rotations worth their salt. Read more…