You Are Here: Home → 'Man of Medan' killed us and we're here to tell the tale 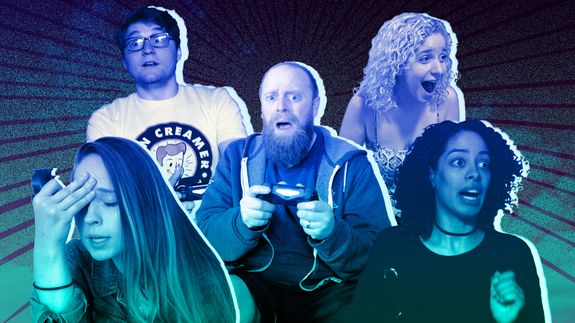 The following is a spoiler-free review of Man of Medan.

Buckle up, Until Dawn fans: The mysterious Man of Medan has reached mainland.

On Friday, Supermassive Games, the creative geniuses behind horror masterpiece Until Dawn, released the first installment of their Dark Pictures anthology series. A chilling adventure through a nautical nightmare, The Dark Pictures: Man of Medan explores plenty of what made its predecessor great, but with a ton of new ways to play — including three different game modes.

With a story as big as this one, we decided to split up Mashable’s team of gaming reporters (not always a safe choice in a scary setting, we know) and suss out the definitive best way to play Man of Medan. We laughed, we screamed, and we died… seven times to be exact.  Read more…

More about Review, Until Dawn, Man Of Medan, Dark Pictures Anthology, and Entertainment