You Are Here: Home → 'Good Omens' welcomes you into literary adaption heaven 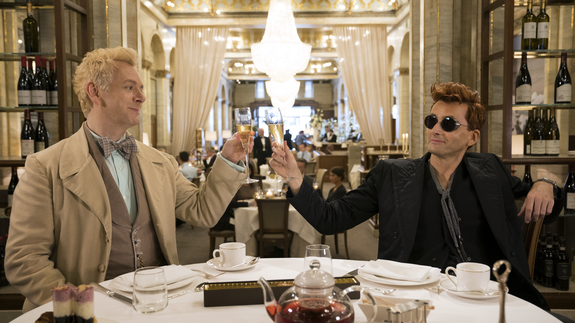 The following is a spoiler-free review of Good Omens.

Rich with enchanting visual descriptions and dialogue that practically begs to be read aloud, Neil Gaiman and Terry Pratchett’s 1990 fantasy novel Good Omens is one book that belongs on-screen. So, it seems only fitting that Amazon, a long ago bookstore, be the company to finally pull it off — releasing all six parts of its impeccable Good Omens miniseries to subscribers on Friday.

Starring Michael Sheen as the angel Aziraphale and David Tennant as the demon Crowley, Good Omens chronicles the misadventures of a biblically opposed duo searching for the “misplaced” son of Satan before he can bring about the world’s end.  Read more…